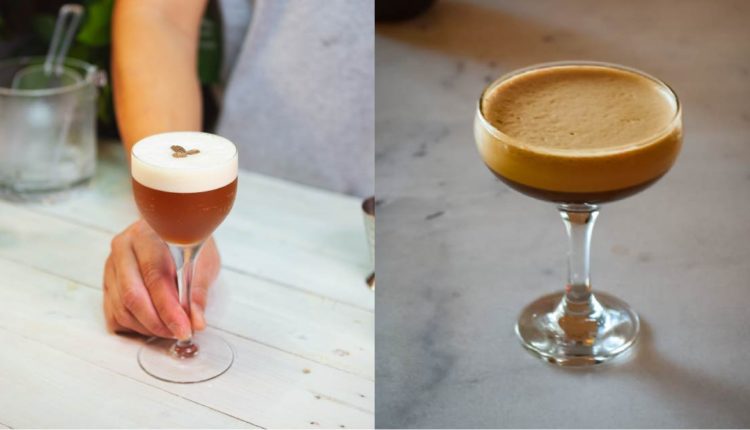 The espresso martini is an iconic drink that has risen in popularity among lovers of coffee, cocktails, and everything in between.

Supposedly invented in 1983 by a bartender at the Soho Brasserie in London, the espresso martini saw a huge surge in popularity through the 1990s in the UK and beyond. While it later faded somewhat, almost three decades later, it is now experiencing something of a resurgence.

Today, on Instagram, there are more than 450,000 posts with the hashtag #espressomartini alone. To learn more about this iconic drink and why it’s experiencing such a revival, I spoke with two Coffee In Good Spirits champions. Read on to see what they said.

What Is An Espresso Martini?

The espresso martini is a shaken cold coffee cocktail, made with espresso, vodka, sugar, and coffee liqueur.

Michalis Dimitrakopoulos is from Athens, Greece. He was the 2016 World Coffee In Good Spirits Champion, and the World Barista Championship runner-up in 2019. He says that the drink is served in bars all around the world, and describes it as “one of the best choices after a hard day”.

“Typical espresso martini customers are coffee lovers and espresso fans,” he says. Additionally, he says the delicate balance of the ingredients used to prepare the drink means that it is quite “moreish”, and as such, customers often order more than one.

An Nguyen is based in New Zealand. He was the country’s 2018 AeroPress Champion, as well as the winner of the 2020 Barista League. He attributes its recent rise in popularity to the fact that “nothing is better than coffee and [alcohol] combined together… it’s creamy, sweet and rich”.

Why And When Was It Created?

The espresso martini can be traced back to 1983, where it was first created by a British bartender called Dick Bradsell in London’s Soho Brasserie. Initially, he called it the “vodka espresso”, but into the 1990s, it was renamed to the espresso martini.

The use of V-shaped glasses (those used for a traditional vodka martini) was highly popular among cocktail bars at the time. As the espresso martini became more popular, however, Bradsell changed the presentation to use a martini glass through the 1990s, while keeping its recipe the same.

In an interview with Difford’s Guide (a resource for bartenders and mixologists around the world), Bradsell said that the espresso martini was first created when a customer asked him for a drink that would “wake her up”.

“The coffee machine at the Soho Brasseries was right next to the station where I served drinks,” Bradsell said in the interview. “It was a nightmare, as there were coffee grounds everywhere, so coffee was very much on my mind. And it was all about vodka back then – it was all people were drinking.”

Although Bradsell passed away in 2016, he is today considered to be one of the most influential bartenders of the past few decades – given that the beverage was arguably his most significant creation, this perception is testament to just how popular it has become.

For the recipe in this article (which can be found below) An uses coffees grown in Papua New Guinea, which often have fruity, herbal, and spicy notes.

An uses the inverted AeroPress brewing method for his espresso martini recipe, with a 1:5 coffee-water ratio to create a concentrated “shot” reminiscent of espresso. For two shots, he uses 30g of coffee at a medium grind brewed with 150ml of water. “Brew for up to 2 mins, then flip, and let it plunge for another 30 seconds.”

Michalis, however, opts for the traditional method. He says the best thing to do is brew espresso and follow a classic recipe. As such, he prefers a cup profile with nutty and chocolatey flavours, but adds that there is also space to experiment with fruity or floral tasting notes. “It’s all about personal taste,” he says.

Pour all the ingredients into a cocktail shaker, shake well with ice, and strain into a chilled cocktail glass without any garnish. Add some coffee beans on top to decorate.

Michalis’ classic recipe follows the guidelines of the International Bartenders Association (IBA). However, he says that it’s fun to be creative and play with the ingredients, even if you keep the method the same.

“My favorite variation is to replace the coffee liqueur and sugar with a homemade black stout beer syrup and an orange liqueur such as Cointreau,” he says.

He adds that another interesting variation would be to infuse the vodka with coffee beans while preparing a syrup with cascara and cocoa beans to be used in place of the coffee liqueur.

Ultimately, Michalis says that his advice is to try the same recipe many times, changing one variable at a time. This, he says, will help the drinker to discover what they prefer.

Add all the ingredients into a cocktail shaker with ice. Shake well and strain into a coupe glass. Add orange peel. Garnish with coffee beans.

Toss together in a mixing bowl. Cover tightly and leave it to stand, stirring once an hour until the pineapple has completely dissolved. Strain to remove large portions of fruit, star anise, and cinnamon stick.

An says that he believes in adapting mixology recipes; the secret, he says, is keeping a similar recipe structure while always adding or tweaking flavours.

“I like infusing spirits, because it adds extra flavour into the vodka or coffee liqueur when combined with dry fruit or spice, for instance.”

According to him, his coffee from Papua New Guinea is a “perfect combination” with cranberry infused vodka, as it enhances the natural acidity in the coffee.

An adds that the grilled pineapple syrup provides a nice balance with the spicy flavour notes in the Papuan coffee.

Invented in the 1980s, popularised in the 1990s, and revived in the 21st century, the espresso martini is arguably one of the most iconic coffee cocktails in the world right now.

Its ease of preparation, balance of flavours, and moreish taste make it a staple for cocktail bars, hotels, and nightclubs alike all around the world. Next time you see one on the menu, ask a bartender or mixologist how their espresso martini is different; they may experiment with their recipe or ingredients in a way that surprises you.

Enjoyed this? Then read Adding Cocktails To Your Coffee Shop Menu

Six Summer Coffee Cocktails You Can Make At Home