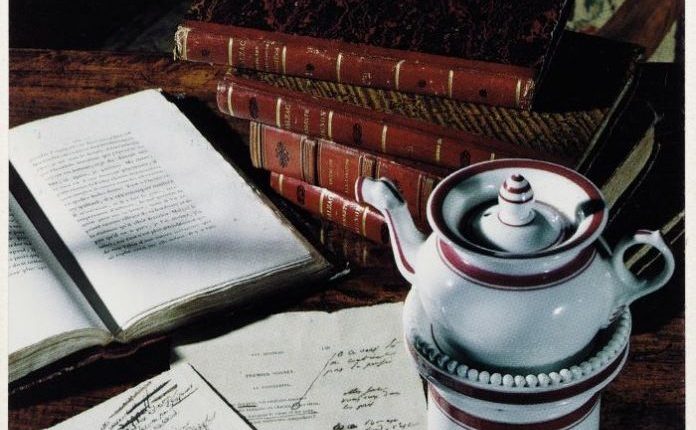 Although the sign for a Polish ankle treatment centre remains on the corner of Eckford and Nassau, Okka has taken over the teeny space. Even before receiving their new signage, the Turkish coffee shop decided to hold a soft opening. Owner Hakan informed Greenpointers that while the new Okka sign will hopefully arrive soon and there will be a grand opening, they were prepared to offer coffee and pastries to Greenpoint and thus opened.

Okka is a teeny-tiny Turkish coffeehouse.
Okka sells traditional Turkish treats such as sesame-encrusted simit, which Hakan describes as “street food for busy people in Turkey” and one of the country’s most popular breakfast options. Simit, which resembles a bagel and is flown in from Turkey, is sold at Okka. Hakan explained that sellers used to carry hundreds of simit on their heads in the streets of Turkey, but the pandemic altered the tradition, and simit is now sold in glass cases.

Hakan and his coworker, Onur, expressed their delight at the neighborhood’s response. Although Okka’s Turkish treats have only recently opened and do not yet have a sign, many Greenpoint residents have already stopped by to try them.