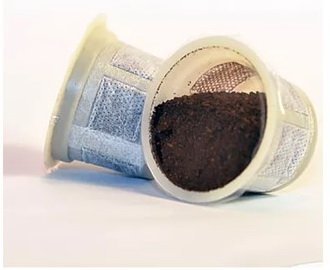 The Trouble With Triboelectricity: Lessons From Coffee Mixes

When you’re ready to make a cup of 3-in-1 instant coffee, shake the sachet vigorously first. Following the pouring of your shaken coffee powder, you may notice that the tiny particles have begun to clump together, forming clumps in your cup or within the packet.

As with a plastic comb, agitated powdered particles can adhere to one another due to a physically induced static electric charge, a phenomenon known as triboelectricity, which affects more than just the coffee in your cup.

The same phenomenon can occur during manufacturing, causing powdered ingredients to adhere to one another, resulting in product buildup and eventually clogging machines. Fouling causes disruptions and delays that cost the food and bioproduct industries in the United States an estimated US$7 billion annually.

To gain a better understanding of why fouling occurs and how to prevent it, researchers from the Singapore Institute of Technology (SIT) examined the formulations of the popular 3-in-1 instant coffee powder found in every household. By examining the fouling mechanism and the electrostatic charge of each component, the researchers determined the optimal mixture to avoid fouling issues during scale-up or processing.

“Because food products are typically formulated for taste and nutrition first, manufacturing issues such as fouling do not surface until late in the product development cycle,” explained lead researcher Associate Professor Wong Shin Yee of SIT’s Food, Chemical, and Biotechnology cluster.

As a result, Wong and her colleagues sought to determine whether powder fouling could be avoided prior to manufacturing by factoring these considerations in during the formulation stage. To accomplish this, the team visited industrial sites to observe the 3-in-1 instant coffee production process and ascertain the source of the fouling.

“We observed that the ‘fouled’ powder easily brushed or tapped away from the processing surfaces, indicating the absence of physical adhesion or chemical bonding,” Wong explained.

This observation strongly suggested that the powder adhesion that resulted in fouling was caused by electrostatic attraction rather than chemical or biological factors such as powder solidification or crystal formation.

Additionally, the team observed fouling occuring during the packaging stage. As the powder is channelled through narrow channels to be dispensed into individual sachets, physical contact and friction generate an electrostatic charge, which results in fouling.