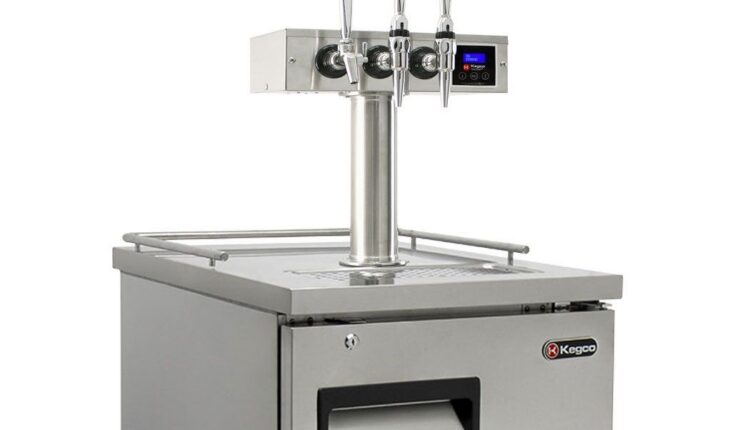 In the Heat of the Nitro: Kegco Launches Hot Draft Beverage System

Available with two or three taps, the dispensing system includes one tap that flash-heats cold coffee, allowing for both hot and cold nitro coffee on demand from a single keg.

Hot Draft equipment involves a normal kegerator setup fitted with a patented draft tower, where one chamber actively heats coffee or other beverages just prior to the pour. Once the hot-drink tap is pulled, the chamber is filled and liquid and heats up in 4-5 seconds, according to the Kegco. The release valve is calibrated to allow for continued heating of more liquid while maintaining quality-related temperature targets at a controlled flow rate.

“We’re not rushing and gushing here; we’re trying to treat it like a good draft beer, a really good pour,” Hot Draft inventor Harry Ryan told DCN. “It’s nitrogenated. It’s not just poured into a vessel, so the flow rate is significant. It’s an important factor.”

The system takes about 30 seconds to fill a 16- to 20-ounce serving, according to Ryan, who is one of the three brothers behind the 28-year-old San Diego roasting business Ryan Bros. Coffee. The earliest versions of the design were tested in Ryan Bros.’ Barrio Logan retail location before the pandemic.

In 2019 Ryan brought the design to Kegco owners Craig Constanzo and Mark Grennan, in order to bring it to market. Ryan pitched the system as an alternative to traditional hot batch brewing systems in coffee shop environments. He said the Hot Draft is designed to provide beverage consistency and quality, while potentially reducing waste and freeing up baristas’ time.

“You go through all the struggles of trying to have consistent quality and a high-end craft experience, but there’s no getting away from the fact that we dump incredible amounts down the drain just due to handling and storage issues and freshness quality drop-off,” Ryan said. “Our attempt is to elevate the product, eliminate the waste, make the customer have a better experience all around, because now they’re getting something that’s master-crafted by somebody who’s not distracted.” Kegco, which serves as the exclusive distributor of the Hot Draft, introduced the new system to the world in August of this year at Coffee Fest in Anaheim.

A single 2-tap tower independent of the refrigeration unit is priced at $2,499.