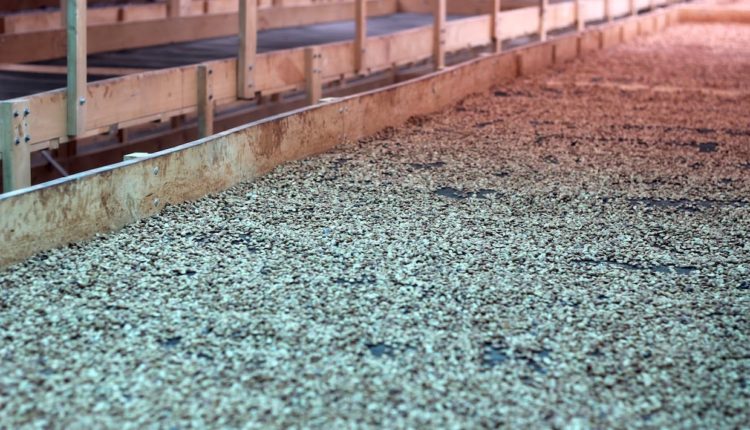 [Editor’s note: In October, the organization Digital Coffee Future held its inaugural Traceability Summit, a two-day online gathering of coffee and coffee-adjacent professionals from around the world. Holding onto the tagline “Traceability is more than just a buzzword,” the meeting sought to define, dissect and promote digital traceability throughout the coffee value stream.

The summit followed a series of webinars hosted by DCF since it was founded by Elisa Criscione of the consultancy Expressing Origin in 2020, and joined by a number of parties interested the digitalization of coffee. In the summaries below, Digital Coffee Futures Strategy Advisor Nora Burkey of The Chain Collaborative outlines some of the key takeaways from this year’s summit on a topic-by-topic basis, beginning with some definitions.]

Topic #1: How is Digital Traceability Defined Based on the Actor?

During the first panel of the Traceability Summit, speakers explained that the most useful data to collect for a traceability system depends on the actor who is using it. Common among actors, however, is the overall value of digitalization to increase collaboration and improve every-day actions.

Both Arthur Karuletwa from Stori Coffee and Amanda Eastwood from Westrock Coffee Company spoke about the importance of leveraging a digitalized paper trail to back up sustainability claims, support greater visibility along the value stream for both customers and producers, and monitor gaps to make better decisions.

Eastwood emphasized the importance of gathering only the data you need and being transparent with other supply chain actors about why you need it. Karuletwa confirmed the ability of digitalization to improve cost saving and risk mitigation.

Finally, Tania Ferrufino from Sabio Coffee discussed how, for producers, digitalization can do more than just help them monitor consistency and harvest. It can serve to empower and lead to the creation of producers’ brands and thus, a unique value capture.

Continuing the conversion in Spanish were Sara Corrales from Finca Los Pinos, Jorge Cuevas from Sustainable Harvest, and Gabriel Boscana from Bellwether Coffee. Corrales noted that while traceability and digitalization can help farmers improve financing, processing, commercialization, and decision-making, there are various levels of knowledge regarding these terms, and continued inequalities.

Farmers should leverage digitalization, Corrales said, but they must also benefit equally from traceability and truly be able to negotiate price — which should include the value of their information.

Cuevas agreed that information is valuable, in part because it makes coffee distinct. However, he noted that distinction, as a result of traceability, is not a final objective; it is a means to achieve larger goals. It produces baseline information that our supply stream needs to ensure ethics, quality, and sustainability, and to support decision-making.

Boscana added that, in order to ensure our data leads to these goals, it must be shared with producers, and roasters and importers must maintain relationships with their suppliers, support their data collection, and use information to create a more viable sector. In other words, relationship coffee remains paramount.

Topic #2: Unfolding the Connection Between Traceability and Transparency

We can’t talk about traceability without also discussing transparency. The two terms are often used interchangeably, or even euphemistically to refer to the payment of higher prices.

However, Suzannah Hoban of Market Lane Coffee and David Paparelli of M-Cultivo discussed how following a chain of custody and paying higher prices for coffee are two very different things.

“Traceability is an essential tool to combat the commodification of coffee,” said Hoban, adding that traceability can also serve as a market differentiator. Transparency, on the other hand, relates to who has access to this market information, and who benefits the most, said Hoban.

David noted that transparency needs to go both ways. Buyers as well as suppliers need to understand the value and use of their information in order make decisions and see gains. And given the expense of sourcing traceability information, David also asked us to consider two questions: Do the gains of decommodification of coffee outweigh the costs that producers, in particular, incur to provide it?; and, how can digitalization help reduce costs?

Three additional seasoned coffee professionals had a conversation in Spanish on the same topic. Jose Rivera from Origin Coffee Lab spoke of how traceability increases the amount of data we have access to, while digitalization makes sure that all that information is in one place and accessible to many.

He and Karl Wienhold, the author of Cheap Coffee, also emphasized the importance of ensuring information is not produced in a vacuum. The purpose of data collection, Wienhold noted, is to analyze data in order to make decisions and provide feedback to partners along the supply stream. But how does all this relate to transparency? Well, Wienhold explained that how information is being accessed, discussed, and shared, is where the term traceability comes in.

Michael Sheridan of Intelligentsia Coffee further defined the concept of transparency by comparing it to another dimension of performance. It’s not all about price, but it’s about leveraging our traceability data and understanding how our products move. It helps us deepen our engagement along the supply stream for a more equitable coffee future.

Topic #3: The Narrative/Storytelling Behind Digital Traceability

But what’s the story? That’s a question that many folks who sell coffee get a lot, now more than ever. Customers want to know the story behind the coffee they are buying, which means that producers and anyone else selling coffee must be constantly collecting data that allows them to spin a good narrative.

Panelists from the Traceability Summit gave insight into this reality, asking us to question who is really creating the demand behind storytelling, and whether or not the information we share is properly contextualized.

Julio Guevara from Perfect Daily Grind, for example, said that storytelling gives greater visibility to the coffee process; it’s a way to share information about coffee’s traceability. The goal, however, should be that anyone can take part in that story, or learn from it.

Jesus Salazar from Cafeólogo indicated that what we are actually looking for is more of a conversation. The audience should be able to respond to the story, which means not trivializing data. It also means complicating data to ensure it tells the truth and invites meaningful discussion. Thankfully, this doesn’t mean that only a select few can participate.

Karla Boza of Grounds for Empowerment spoke about how this initiative teaches producers to leverage narration to be successful in their own marketing, and to control their own story. Barriers, exist, of course, but Boza gave the example of social media’s automatic translation to describe how barriers of language can be overcome with digitalization.

Independent educator Ever Meister continued discussing narratives and storytelling in English with Kim Elena Ionescu from the Specialty Coffee Association and Thaleon Tremain from Pachamama Coffee.

“The number of people that reject a coffee, despite having said that it fits all their needs, simply because it didn’t have a story to it, is actually quite astounding,” said Meister, who asked us to consider why an emotional story matters to coffee buyers or consumers.

Ionescu noted that it matters, in part, because the specialty coffee industry has decided that it should. She explained that the industry itself increased demand for storytelling when it began using data and narratives to differentiate specialty coffee from commodity coffee. And, as competition grew and more companies provided the same types of stories, the amount of data we were looking for to differentiate ourselves also grew. In light of this reality, the panelists emphasized the importance of exploring the true necessity of data collection and encouraged us to consider accessing data more ethically.

Tremain pointed out the potential of paying producers for their stories and photographs, and of ensuring producers are in the room when marketing decisions are made. He also stated that while digital platforms can support data collection and storage, they can also be improved by ensuring producers sit at the design table, as well.

Panelists who spoke of the various technologies and platforms available to the coffee industry for traceability purposes reinforced the importance of digitization.

Almut Van Casteren from E-Prod Solutions, for example, said that when actors use only Excel, not only is this challenging, but it also leads to mistakes. The issue, of course, is that most available tools only address certain aspects of traceability. Van Casteren said that a more holistic approach is needed.

Eduardo Baltodano from Aragro agreed. He noted that chosen software does needs to match the company using it, but in order for technology to truly add value, we cannot be creating only niche products. Tools need to be holistic and serve broad populations. Baltodano further stated that, years ago, such tools didn’t exist, so companies — Aragro included — created their own. This allowed them to test their approaches with a variety of farmers, and since then, they have learned a lot about what works and what doesn’t, and who needs to be involved.

Sander de Jong from Fairfood, meanwhile, explained that part of what we have learned as an industry is that we don’t need to rely only on big companies. In this day and age, a lot of people can code. This knowledge, however, needs to be combined with clear goals about what is important to us as coffee professionals. What is the problem we are really trying to solve? And what is the best way to solve it, holistically?

Topic #5: Beyond Digital Traceability in Coffee

The final topic at the Traceability Summit saw panelists discussing verification and secured chains of custody.

Darina Onoprienko from Agrivero.ai confirmed that, “Digital traceability is a great first step to start tracing products. However…this should not be the last step.” More and more, new rules and regulations, as well as new opportunities, will continue to push the industry forward, Onoprienko noted, and increase the use of digital traceability. The carbon border tax in the European Union is a great example. Companies will need to trace products and use life cycle analysis to fully understand the carbon footprint of their coffee if they wish to report on it.

Sandon Adams from Oritain Global Limited agreed that through traceability, we can continue to add value and complexity to coffee, understand what we are paying for, and make important claims. Such claims, however, need to be verified, which is another aspect of traceability work going forward. The information we provide to our customers must be correct and verifiable. According to Adams, we must ask ourselves, “Can I really make that claim? Can I really say that publicly? How do I know for sure?” And if we don’t know for sure, there is a lot more work still to be done.

The good news is, Digital Coffee Future is here to help supply steams actors take on these questions and take on this important work. In 2022, Digital Coffee Future plans to launch digitalization training for coffee cooperatives, as well as a virtual fundamentals course for coffee professionals in English, Spanish, and Italian, in partnership with The Chain Collaborative.

Nora Burkey
Nora Burkey has been working in coffee since 2007. She is the Founder and Executive Director of The Chain Collaborative, a nonprofit co-creating opportunities and strengthening capacities for community-led change in the coffee sector.