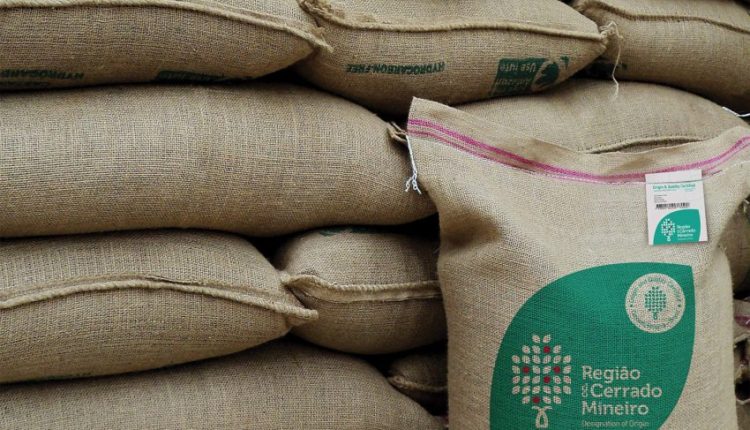 According to Rosana Escobar, a graduate of Design Academy Eindhoven, an agave plant fibre used to make coffee bags could be repurposed in the furniture industry.

Fique is primarily used to make coffee bags that are exported from Colombia to other countries, but Escobar believes the material is being underutilised.

Rosana Escobar’s Unraveling the Coffee Bag
Rosana Escobar created furniture using fique fibres left over from the production of coffee bags.
The designer discovered sources of waste fique fibres that she believes could be used to craft furniture and textiles by identifying “missed opportunities” during the manufacturing process.

To demonstrate this, she created a bench, stool, and rug out of the material.

Rosana Escobar’s felted rug
A felt rug is made from fique fibres.
“This is a massive industry that is entirely dependent on another industry – the coffee industry – which makes this material extremely vulnerable,” Escobar explains in a video.

“I wanted to give this material a voice, to create new products that could tell new stories and change our relationship with the fibre,” she explained.

Rosana Escobar’s Fiques stool and bench
The yarns are used to create a stool and bench as a way to recycle the coffee bags.
Escobar created the project, titled Unravelling the Coffee Bag, as part of his studies at the Netherlands’ Design Academy Eindhoven (DAE).

Xavier Loránd’s Nero
Read more about Xavier Loránd’s Nero furniture, which incorporates coffee waste and concrete.
The designer, who is originally from Bogotá, wanted to take a closer look at a material that is ingrained in Colombia’s history but has become increasingly monofunctional.

Dried fique fibres
In Colombia, fique is grown and harvested primarily for the production of coffee bags.
She believed it was critical to develop ideas that fit within the material’s existing lifecycle, rather than adding to the strains already experienced by the farming industry.

To accomplish this, she examined each stage of the fibres’ journey from plant to finished product.

“Throughout these various stages, I discovered opportunities for waste production and disposal,” she explained.