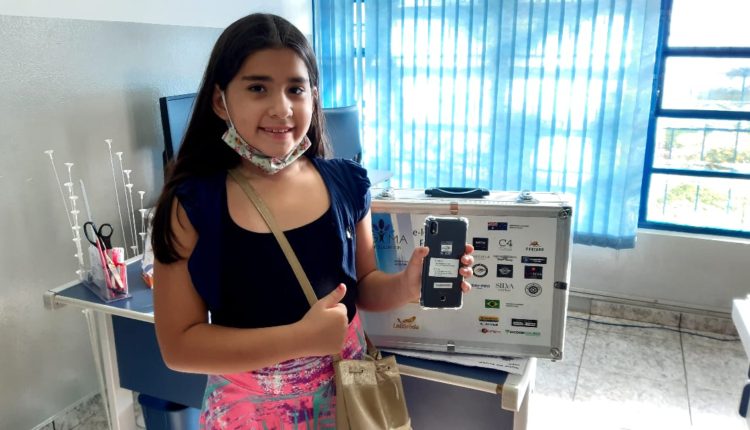 Through the COVID-19 pandemic, the Minas Hill Foundation has continued to raise money for projects that support Brazilian coffee producers, their environments, and their communities.

The COVID-19 pandemic was a massive disruption to the coffee industry and supply chain, not only in consuming countries like Australia but also for producing countries such as Brazil.

The Minas Hill Foundation, the not-for-profit sister organisation to trader Minas Hill Coffee, says farmers suffered from declines in their businesses, problems with logistics, and friends and family contracting the coronavirus. It has worked through 2020 to provide resources and support to the producers of Brazil.

“Thanks to the benevolence of coffee roasters in Australia, many of these problems have been circumvented and a little sense of calm can be given to the heroes who produce much of the coffee consumed in Australia,” says Marcelo Brussi, Founder and CEO of the Minas Hill Foundation.

GIMA
The year 2020 started with renewed hope for the Oliveira family of Bom Jesus e Labareda farm. A management plan on the farm had been approved for the replacement of 10,000 coffee trees and the planting of an additional 15 hectares of new varieties, including Arara and Catigua.

Gabriel and Flavia Oliveira’s socio-environmental project GIMA (Intermunicipal Games for the Environment), which educates and assists approximately 1000 children per year from around the Bom Jesus farm, was scheduled to take place in June. For the past 13 years, fifth grade children from surrounding schools prepare presentations focused on the environment and compete in playful games with each other to raise awareness.

Marcelo says the Australian roasters who support GIMA were eager to experience the project in person.

“At the end of the three days of activities, the children return home with a solid notion of social responsibility and the capacity to make decisions that positively influence their futures,” he says.

“As part of the prize for these children, our roasters in Australia make generous donations of money that are converted into bicycles, which in turn are used to commute from their homes to school. These children are from vulnerable families, which need this kind of support in addition to their own paid work.”

However, with the pandemic, the dream of GIMA 2020 faded. The event was cancelled and its Australian supporters were unable to travel to Brazil.

Instead of donating bicycles to participating children, Minas Hill had to come up with another plan to help the children continue their education.

“It’s hard to understand the reality of those children. Schools had to stop because of the pandemic, and there’s still no in-person classes. Most of these children live in rural areas without access to their own computer, so there was no way to continue their studies,” Marcelo says.

“Some teachers would just drive or ride their bike the whole day delivering papers to students who otherwise couldn’t access school materials. We came up with the idea of donating smartphones so they could get in touch with their teacher, communicate with each other, and actually follow along in lessons.”

Minas Hill chose large-screen smartphones over more expensive, larger tablets to get them in the hands of as many students as possible. Marcelo says it was a big undertaking finding the right phone and supplier, signing the contracts, organising the logistics and liabilities, and choosing which children received the phones, but that the project was worth it to make such a huge difference.

“Thanks to dozens of supporters and the goodwill of our coffee companies who entered the scene, the Minas Hill Foundation donated 124 mobile phones with six months of pre-paid internet connection. The reaction of the schools that received them was touching and heart warming. We managed to circumvent the non-donation of bicycles, which are extremely useful for these children to be able to go to their schools, for something that was even more useful and necessary [in the current climate], says Marcelo.

“The next challenge is in 2021. We need to mobilise roasters again so that the project does not die. I am positive, because there are companies that are strongly identified with and believe in this project.”

Carmo do Paranaiba hospital
While Australia had close to zero community cases of COVID-19 in March 2021, Brazil’s case numbers had never been higher.

What happens when half the population of a city of approximately 25,000 inhabitants contracts COVID-19? That is what producer Ismael Andrade of Sao Silvestre farm witnessed firsthand on a hot March night when he was rushed to his hometown hospital earlier this year, of which he has been a philanthropist of since a young age.

What Ismael witnessed was a hospital crammed with sick people, patients on stretchers waiting for medical care, and material and human resources practically exhausted. People were dying from lack of oxygen cylinders and the hospital did not have the financial resources to purchase any more in the short term. Ismael’s was left heart-broken and extremely worried, since more than half of Carmo’s economy comes from coffee.

“Through Minas Hill Coffee, we already have roasters that increase the price per kilogram of coffees a little with the surplus going straight to the hospital. We have been doing this for almost five years, but with the Minas Hill Foundation, this process has become easier and more transparent for roasters,” adds Marcelo.

Since winning the 2018 Brazil Cup of Excellence, Ismael has invested in new processes and fermentation of his coffees, with part of the money collected from the sale of these micro lots also reverted directly to the hospital.

Shortly after Ismael called Marcelo, the Minas Hill Foundation sent an e-mail to each business who uses Ismael’s coffee as the basis of their blends or single-origins and had almost 100 per cent support for the project.

“In less than a week, we sent enough money to purchase approximately 130 cylinders of oxygen,” Marcelo says. “We do not know how many lives were saved, but we are happy to know that we have been able to contribute a little to alleviate the suffering of many Brazilians.”

Strong foundations
Alongside these two projects, the Minas Hill Foundation has continued to support the initiatives it was involved in pre-COVID. This includes the Wings project of Pedro Gabarra and his sister Mariana at Santo Antonio, Pinhal, Vertentes and Mirante Farm.

The project rehabilitates local birds and fauna which have been liberated from poachers before returning them to the wild. While Wings did not have the same level of funding as in previous years, thanks to the Minas Hill Foundation, it could continue to care for animals already recovering on the farm.

“Again, our roasters made the difference and the project could continue,” Marcelo says. “Seeing a cub tiger cat being released at the farm was the pinnacle of happiness for us. We believe that only environmental protection can guarantee a healthy future for our planet and our children.”

The Minas Hill Foundation’s support of the Carmo do Paranaiba hospital and GIMA e-learning Project are still ongoing. With GIMA again cancelled in 2021, Minas Hill is hoping to arrange a second shipment of smartphones by July 2021, in time for the student’s second semester.

“If anyone in the coffee industry wants to be part of these projects, or can connect to the work they do, we are an open channel and encourage their involvement,” Marcelo says.

Marcelo calls the coffee industry “large and complex”, often driven by the financial interests of large corporations that only seek profit. Through companies that bring green coffee to Australia from Brazil, like Minas Hill and the South American Growers Association, he hopes to bring a more human touch to buying and selling coffee.

“Helping people and the environment in coffee producing countries that are poorer than Australia can guarantee the future of coffee,” Marcelo says.

“We must not forget that the pandemic has hit these countries and these people hard. We still need on-going donations for these three projects and, as always, we count on the collaboration and benevolence of the Australians. Together we can make the difference.”

This article appears in the June 2021 edition of BeanScene. Subscribe HERE.