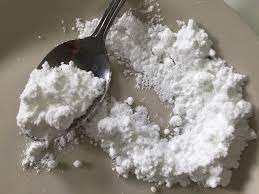 Father of two from the United Kingdom Tom Mansfield, 29, consumed up to 5 grammes (0.2 ounces) of caffeine powder after a measurement was miscalculated.

According to BBC News, an inquest into Mansfield’s death last week concluded that the 29-year-old died of an overdose on January 5, 2021, after downing a drink containing lethal caffeine levels.

According to the BBC, coroner John Gittins stated during the inquest that Mansfield was aiming for the “middle of the recommended dose” but “made a math error” when measuring the powder.

The company’s director, Ben Blackburn, stated during the hearing that the powder – which is typically used by gym-goers to boost their energy levels – should be weighed to two decimal places in milligrammes and that the recommended dosage ranges between 60 and 300mg of powder, up to twice daily.

However, the inquest heard that Mansfield’s kitchen scales ranged in weight from 2 to 5000 grammes and did not include a measuring scoop. He accidentally measured out 5g of the powder for his beverage due to his miscalculation.

Mansfield began clutching his chest and complaining about his heart racing after downing the drink. Within minutes, the personal trainer began foaming at the mouth, prompting his wife to dial 911. Paramedics spent 45 minutes attempting to resuscitate him before declaring him dead at Glan Clwyd Hospital in Denbighshire, Wales.

At the time of his death, Mansfield’s blood contained 392mg of caffeine per litre – a standard filter coffee contains between 2 and 4mg per litre.

Caffeine toxicity was determined to be the cause of death.

According to the coroner, Mansfield would most likely still be alive today if the product had included a scoop that accurately measured the dosage.

Gittins added that he was “extremely reassured” that Blackburn Distributions now includes a scoop with its caffeine powder brand. Additionally, the company has included more detailed instructions for use on the packaging and highlighted potential side effects, he said.