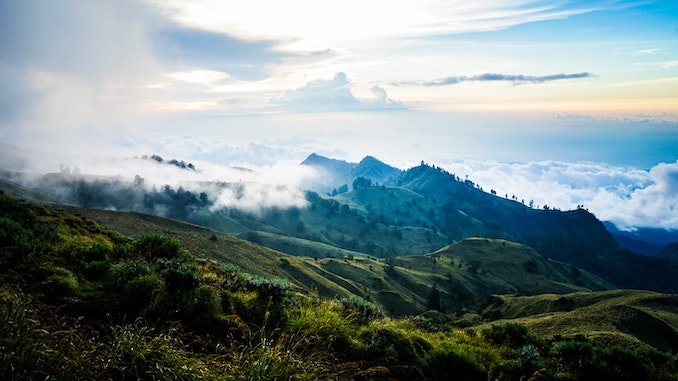 Beyond smoky and full bodied-ness, acidity and fruitiness have now entered the cupping notes of coffees from Java.

Yesterday we began a series on the emergence of specialty production in Indonesia, focusing on Java and Sumatra in particular. Today we continue understanding why and how the stereotypes of its longtime flavors are being challenged, and how local consumption has exploded.

For a few years now, associating a certain characteristic with a specific producing country has become irrelevant. This is because of the diversified processing and varieties available across countries. So Indonesia and its coffee, of course, are no exceptions.

Despite the stereotype that has existed around Indonesian coffee being considered smoky and sometimes “muddy,” Indonesian coffees that I have cupped in Seoul, South Korea, recently had sweeter tasting notes. They were very fruity, with notes like lychee and watermelon.

“(While it varies between different lots), clarity of acidity may not be the primary characteristic that you can perceive in Indonesian coffee,” admits Ivan Hartanto, co-founder of Indonesia specialty green coffee brand Belift. “However, fruitiness with notes of chocolate and good sweetness, and of course the noticeable body, is what you can commonly get in Indonesian coffee these days.”

The Increasing Demand of Indonesian Coffee

With growing demand, the selection of coffees available to the market has diversified, and the quantity of higher-quality coffee has also increased there. “Only looking at what we at Belift are providing in the market of high specialty and traceable coffee, it has grown from 2 tonnes in 2018, 12 tonnes in 2020, and 50 tonnes in 2021,” says Ivan. And more importantly, the “market is ready for these coffees and also to pay premium prices,” Ivan says.

During the 2020-21 harvest, the U.S. was the biggest importer of Indonesian coffees globally, followed by Egypt. The neighboring country Malaysia closely followed Egypt in importing coffees from Indonesia.

While the majority of coffee produced in Indonesia gets exported, Ivan thinks the growing domestic demand has also had a strong influence on the changing landscape in the country. Especially in the Java region, Ivan believes that the influence of domestic consumption is stronger than Sumatra.

He explains that while the investment and foreign interest drove the growth of coffee production in Sumatra, Java has seen the delayed impact of that investment. Instead, the budding population in Jakarta and other major cities in Java has had a more direct influence on its coffee production.

“In Java, a lot of what we see now is driven by local consumption,” he says. “There’s been a growing number of coffeehouses that are interested in sourcing coffee from Indonesia specifically. If you are close enough to Jakarta, there’s an immediate demand for the coffee.”

It can only go up from here. Combined with both local and foreign interest in Indonesian coffee, the country is positioned to continue its climb as a major provider of both commodity and specialty coffees in the world for many years to come.

Tomorrow, this series will conclude with an in-depth look at the growing coffeehouse culture in Indonesia.