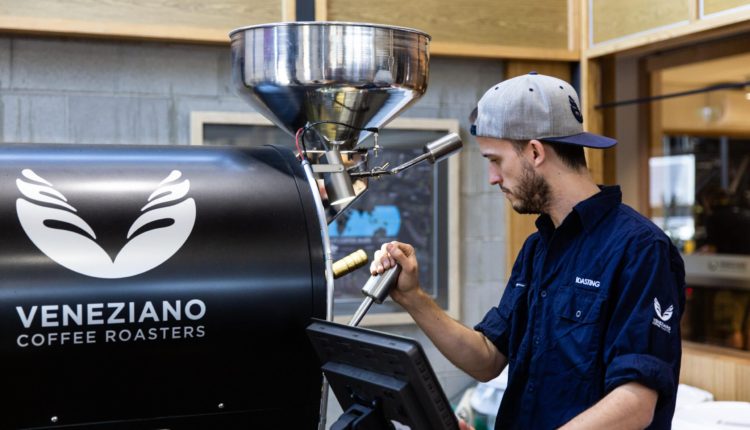 The 2020 AMC Australian Coffee Roasting Championship was delayed several times due to COVID-19 and was held as a closed event for competitors only, but was live streamed for viewers to join in on the action as it happened.

Daniel, who previously placed third in the 2019 Australian Coffee Roasting Championship, is still shocked to have claimed the title.

“To come out on top is a dream come true for me. Certainly a pinnacle in my career and something that I’ve strived for to be the best that I can be,” he says.

Roasters were given anonymous coffee samples to grade and assess for roasting.

After roasting, the samples are judged on cup quality for sensory assessment.

“Just to go through to the top 10 this year out of a pool of close to 70 contestants, that in itself is really exciting,” says Daniel.

He adds that the victory signifies reaching a milestone in his roasting experience.

“I started at Veneziano seven years ago in a production roasting role, so just building on my knowledge and experience over the years has culminated in me being able to represent not only the industry but Veneziano as a company,” he says.

Daniel says it was his meticulous organisational skills that contributed to the win, and even received a few comments from judges that he was the most organised on the day.

“Having competed in the 2019 competition really put me in good stead for this year. I knew what to expect and I knew how it would be run which made it easier to execute the method I had as best as I could,” he says.

Daniel will represent Australia in the 2022 World Coffee Roasting Championship, taking place in Warsaw, Poland from 23 to 25 June at the 2022 World of Coffee.