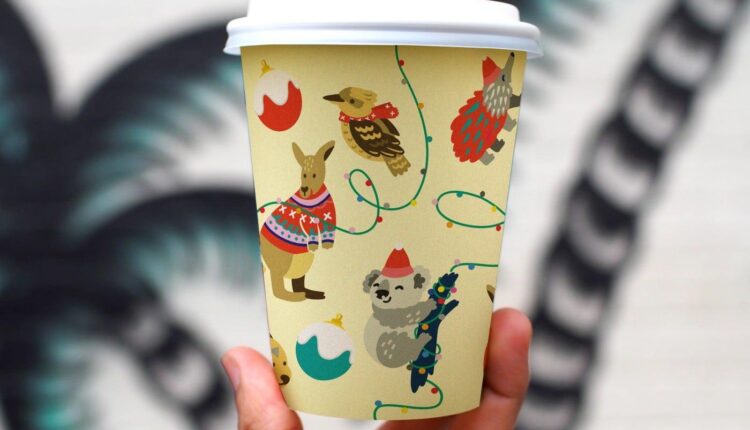 Sustainable packaging enterprise BioPak has teamed up with not-for-profit food rescue organisation OzHarvest to raise awareness and funds to help feed people in need during the holiday season.

As part of the ongoing partnership, a limited-edition compostable Christmas cup will be available at participating cafes and businesses in Australia.

Every five dollars donated via the QR code on the cup allows OzHarvest to deliver ten meals and stop good food from going to waste. An additional five per cent of cup sales will also be donated to OzHarvest.

“Christmas is an incredibly difficult time for those struggling to make ends meet, and this year with rising cost of living, it will be harder than ever.  It’s heart-breaking to know that for thousands of families across Australia, – it means going without,” says CEO and founder of OzHarvest, Ronni Kahn.

Since the start of the partnership in 2015, BioPak and OzHarvest have diverted more than 15 tonnes of plastic and offset 53 tonnes of carbon emissions together, which is the equivalent of driving a new car around the world five times.

“We are incredibly proud to continue to support OzHarvest and the inspiring work they do,” says BioPak CEO Gary Smith.

“For just $5 our customers can help put ten meals on the table to feed Australians in need, making a little bit go a long way this Christmas. We’re also proud to be donating five per cent of our cup sales to OzHarvest so they can continue delivering additional meals over the course of the year, to some of Australia’s most vulnerable communities.”

In 2022, BioPak has helped deliver 200,000 meals over the course of the year to some of Australia’s most vulnerable communities.

For more information on BioPak and OzHarvest, click here.