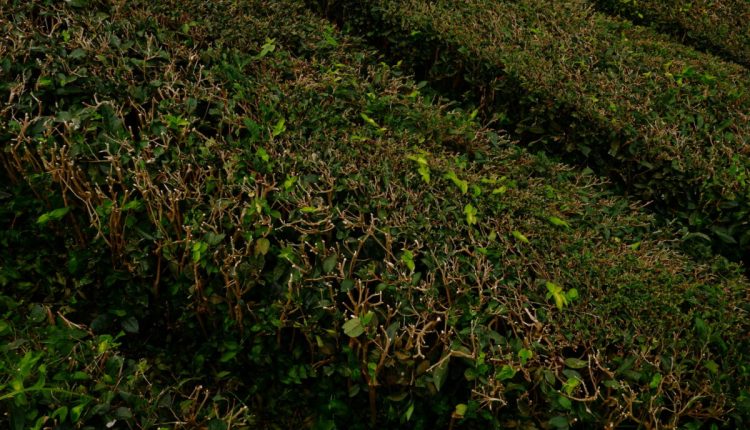 Azores: The Only Region in Europe that Grows Tea

The Azores is an archipelago near Portugal that has been growing tea since 1820.

The Azores is a small Portuguese archipelago in the Atlantic Ocean, a set of islands whose must-see attraction is a tea farm. The main island of São Miguel is actually the only part of Europe where tea is grown commercially.

How Tea Started in the Azores

Jacinto Lete introduced tea cultivation to the Azores around 1820, starting the first estate in his native São Miguel. He used seeds brought from Rio de Janeiro in Brazil, where he was stationed at the time as Commander of the Royal Guards.

In the following century, the decline of the massive orange trade in São Miguel resulted in an increase in tea production. It reached its peak in the 1850s, with about 250 tons of tea produced from 300 hectares of production.

However, several events during WWI severely affected São Miguel’s tea industry, and by 1966 only five of the original 14 tea manufacturers remained in the Azores.

The Gorreana Tea Factory (Chà Gorreana) was founded in 1883, and is nowadays one of the best-known tea farms on the island. It produces close to 40 tons of tea annually, and 75% of the total production is sold within the region. The factory is famous for its strong aroma, and for its products not being treated with any pesticides or fungicides. The tea from the Gorreana plantation has recently become commonly requested abroad as well, especially in the U.S. and in Canada.

To choose the right time to visit this estate, it is worth considering the seasonality of the tea. The best months to witness the harvest are from April and throughout summer. We picked the low season of February to visit the Azores and Gorreana.  The first thing that struck us was how “normal” the tea plant looked. Without knowing where you are, the huge fields of tea plants look like simple hedges.

The Making of Tea

Next on the tour was witnessing the manufacturing process, since it was off-season for harvesting. Essentially, harvesting takes place when the majority of the tea branches have three leaves. As each of the leaves has a different age, they also have different chemical compositions, which is why every type of leaf will give the tea it produces a different taste and aroma. On the other hand, there are also several kinds of processes that determine the specific types of tea—black, green, oolong, and more—and we were able to see what’s behind the production of black tea.

Through ancient, reliable machinery like driers and rollers, the leaves are left to wilt, and then rolled up to cause the partial crushing of the leaf. Later, the leaves are exposed to the air to continue the slow natural process of oxidation, fermentation, and drying.

Afterward, workers and more machines fill the tea sachets. The machine takes care of the single-dose ones, while the workers fill the big plastic bags that will be sold in the local shops and groceries around the islands of the Azores.

To conclude the visit, the gift shop at Gorreana offers a tea tasting of the black and the green tea, both smooth and pleasant to drink under the rainy skies of the Azores. Although I am a coffee lover, I couldn’t help but enjoy a unique tea experience in Europe, too.

Tanya Nanetti (she/her) is a specialty-coffee barista, a traveler, and a dreamer. When she’s not behind the coffee machine (or visiting some hidden corner of the world), she’s busy writing for Coffee Insurrection, a website about specialty coffee that she’s creating along with her boyfriend.