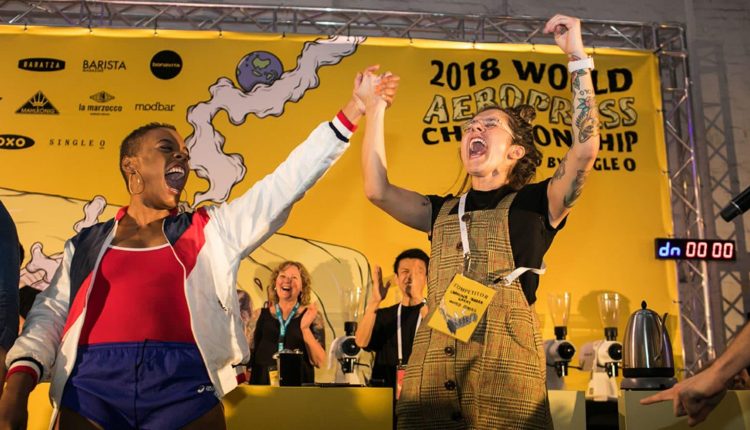 The 2021 World AeroPress Championship (WAC) has announced that it will be held as a ‘Compete from Home’ event, hosted by Bureaux Coffee on Saturday 5 March, and supported by Coffee Tools Distributing, Barista Magazine and Café Imports Australia, to name a few.

Instead of all competitors coming together to brew for the judges, the event hosts will be shipping competition coffee directly to competitors’ homes where they will then work to create the best recipe.

Competitors will then submit their recipe for judging, and the highest-scoring brewer will be deemed the winner and a new World AeroPress Champion crowned.

This global championship centres on coffee brewed with the plunger-style AeroPress and is a multi-round, elimination tournament of competitive coffee making.

Simon Gautherin, who won the Australian AeroPress Championship, will represent us in the World Competition.

The World AeroPress Championship is a fan-driven global phenomenon where challengers from over 60 countries compete to make the best cup of coffee using their favourite AeroPress recipe.

Each championship combines intense competition with a fun party and recipes from the event get shared around the world.

While the event won’t be open to the public it will be covered online via Bureaux Coffee and the World AeroPress Championship platforms.